Unlike traditional assays which are based on radioactive thymidine incorporation, this assay utilizes powerful flow cytometry methods, enabling accurate determination of the percentage of proliferating cells and detailed phenotyping of T cell responses, all with significantly improved overall sensitivity. 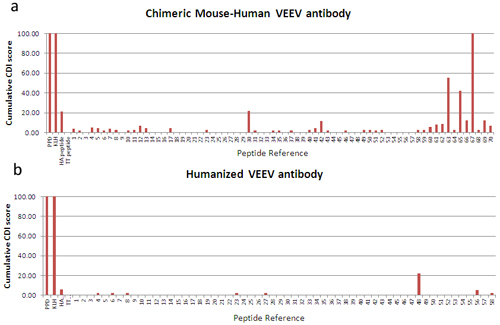 The ProMap® T cell proliferation assay has been developed to identify the presence or absence of potential T cell epitopes and is useful in preclinical discovery of novel peptides or proteins. The assays can address issues of ‘relative immunogenicity’ between structurally similar molecules; for example, they can help to distinguish between different candidates, or can give an indication of the success of protein engineering strategies in deimmunization of a potential immunotherapeutic.

As part of ProImmune’s REVEAL® Immunogenicity System, results from the ProMap® T cell proliferation assay can be analyzed alongside the outcome from cell-free HLA-peptide binding assays for more than 50 class II HLA alleles. This gives the customer a detailed profile of the helper T cell immune response to one or more drug leads.

In this short clip from our Mastering Immunity 2020 Conference, Dr. Tim Hickling (Head of Immunosafety, Roche) describes how the use of the ProMap® T cell proliferation assay has been applied in the deimmunization of biotherapeutics.

The full length presentation can be viewed here:

Cells are labeled with the fluorescent dye 5,6-carboxyfluorescein diacetate succinimidyl ester (CFSE). Those cells that proliferate in response to antigen show a reduction in CFSE fluorescence intensity, which is measured directly by flow cytometry. Since this is a flow cytometric assay, it accurately determines the percentage of proliferating CD4+ cells, enables detailed phenotyping of T cell responses, and is more sensitive than traditional assays based on radioactive thymidine incorporation.

This assay is used to identify peptide epitope sequences that can elicit helper CD4+ T cell proliferation and therefore potentially cause a helper T cell immune response that may lead to anti-drug antibody (ADA) responses or other unwanted immunogenicity.  The assay can also be used to assess protein sequences for beneficial immunogenicity, for example in epitope discovery for immunotherapy.

Cell proliferation is determined by flow cytometric analysis. For ProMap® T cell assays, Percentage Stimulation above background is determined for each stimulated sample, through comparison with results from an unstimulated sample. Counts for the CD4+ CFSE dim population in each sample are expressed as a proportion of the total CD4+ population. The six replicate values are used to calculate Percentage Stimulation above Background (proportion of CD4+ CFSE dim cells with antigen stimulation, minus proportion of CD4+ CFSE dim cells without antigen stimulation).

Data presented in the report are: 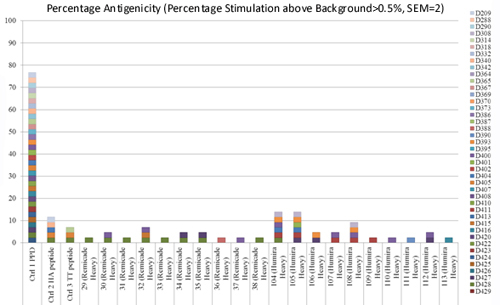 Figure 4: Percentage Antigenicity measured using ProMap® T cell Proliferation Assay: A cohort of 43 donors were used to test the potential immunogenicity of peptides from the the heavy chain regions of two therapeutic monoclonal antibodies, Remicade and Humira.  Each donor is represented by a different colour.  Peptides eliciting responses from 2 or more donors are considered worthy of further investigation. 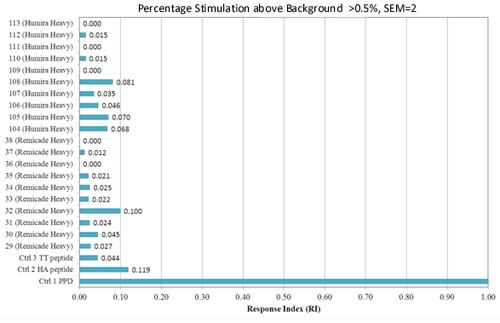 Figure 5: Response Indices from the ProMap® T cell Proliferation Assay: Data from the same assay as figure 3 – Response Indices give an indication of the magnitude, as well as the number, of responses to test peptides. Note that the response for PPD falls off the scale of this graph.