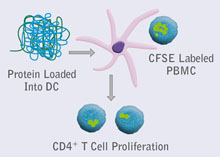 Fully-formulated proteins are used in the assay, which gives an excellent in vitro comparison of the relative potential antigenicities of proteins. 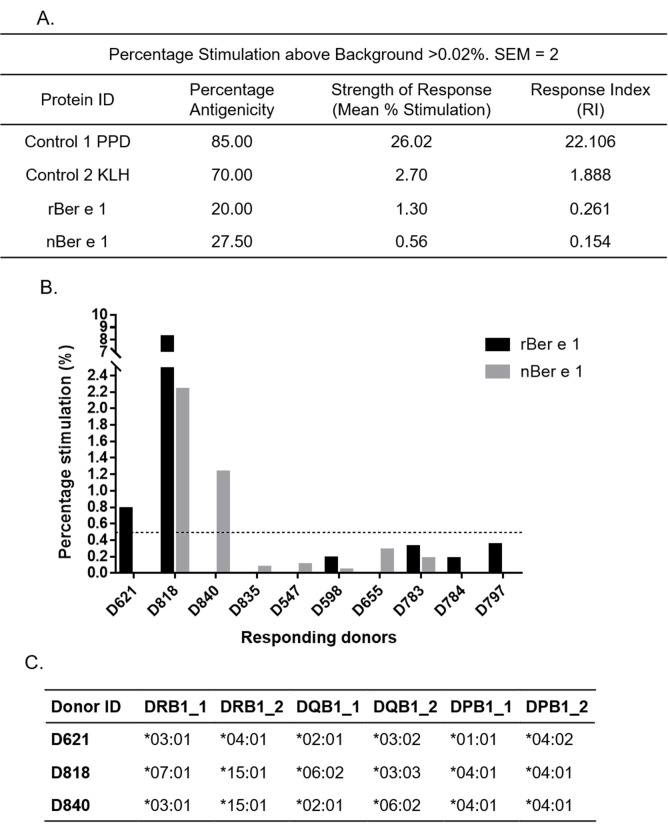 The ProScern® Dendritic Cell (DC)-T cell assay for screening whole proteins has wide-ranging applications. It allows for an overall comparison of the T cell driven antigenicity of any number of drug candidates at a pre-clinical stage. Crucially it can also be used for assessing the impact on antigenicity of factors other than protein sequence. Such differences may include a comparison of biosimilars, protein modifications, degradation products, chemical entities given in combination therapies, and other parameters related to manufacturing processes, excipients, drug formulation and stability.

Additionally, in some cases it may not be possible to use the antigen to stimulate PBMC directly, particularly if the antigen involved modifies the function of responding T cells. To avoid such assay interference, antigens can be presented using dendritic cells, allowing the relative antigenicity of different leads to be compared directly.

The assay uses samples from ProImmune’s bank of healthy high-resolution MHC Class II tissue-typed donor samples.  A donor cohort can be selected to provide representative coverage of a particular population of interest, or to mimic the allele frequencies found in the global population.  Typically a cohort of 40 to 50 donors is used, depending on the desired scale of the study. 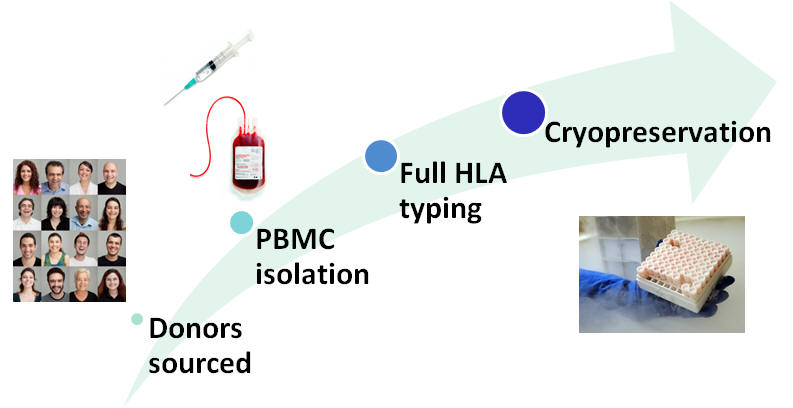 Donor PBMC are used as a source of monocytes that are cultured in defined media to generate immature dendritic cells.   Dendritic cells are loaded with test antigen (whole protein), and are then induced into a more mature phenotype by further culture in defined media. PBMC from the same donor sample are labeled with CFSE then cultured with the antigen-primed DCs for 7 days. Each DC-T cell culture includes a set of untreated control wells. The assay also incorporates reference antigen controls, comprising two potent whole protein antigens.

When evaluating immunogenicity, it is appropriate to take account of the frequency of donor cell responses across the study cohort. A positive response (percentage stimulation above background > 0.5%) in 2 or more independent donor samples is considered indicative of a potential in vivo T cell response. It is also important to consider the strength of positive donor cell responses. This is determined by taking an average of the percentage stimulation above background obtained across accepted donors for each drug. A Response Index is calculated by multiplying the value of the strength of response by the frequency of the donors responding. This index is more representative of the level of immunogenicity than methods of analysis that rely on the frequency of response alone.

If a positive response is observed in a donor sample in either of the two T cell assays, then a proliferative immune response has been mounted through at least one of the six HLA class II alleles presented by that donor. 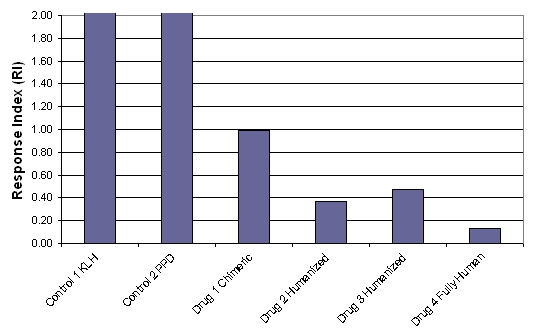 Figure 4: Results of a DC-T cell assay performed using 40  donors and  4 test proteins (in this case, therapeutic antibodies) and 2 controls.

Through developing both our ProScern® DC-T cell proliferation assay and our ProPresent® Antigen Presentation Assay, we have considerable expertise in working with dendritic cells.  If you require an assay that depends on these skills, then contact us to see if you could benefit from working with us: our Special Assay Service could be what makes the difference to your research program.