Our tetramers show excellent brightness and experimental reproducibility. To avoid the difficulties associated with dissolving and loading the most commonly used ligands, 5-OP-RU and 6-FP, our tetramers come pre-loaded (not available in Australia and the United States). They can also be supplied empty for loading with your ligand of choice. 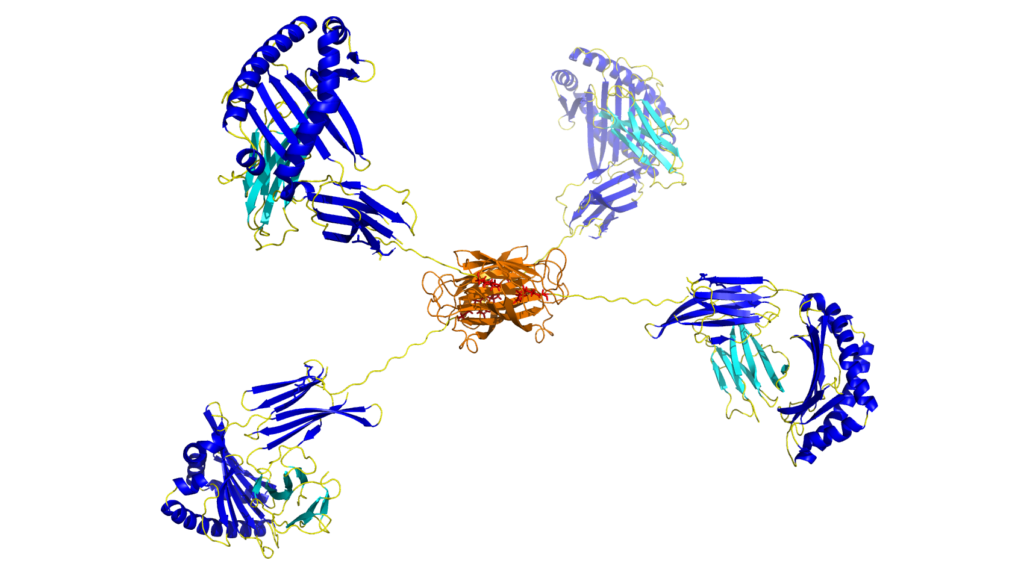 T cells can discriminate between foreign and host molecules by recognizing not only peptide and lipid antigens, but also riboflavin precursors found in many bacteria and yeasts. Presentation of these molecules on MR1 can selectively activate mucosal-associated invariant T (MAIT) cells. MAIT cells form an abundant population of innate-like T cells. MR1-presented MAIT cell activating antigens include 5-(2-oxoethylideneamino)-6-d-ribitylaminouracil (5-OE-RU) and 5-(2-oxopropylideneamino)-6-d-ribitylaminouracil (5-OP-RU). These are formed by non-enzymatic reactions between 5-amino-6-d-ribitylaminouracil (5-A-RU), an early intermediate in bacterial riboflavin synthesis, and glyoxal and methylglyoxal. MR1 binding adducts, such as 5-OP-RU are part of the microbial derived molecular signature of MAIT cell immunoreactivity. 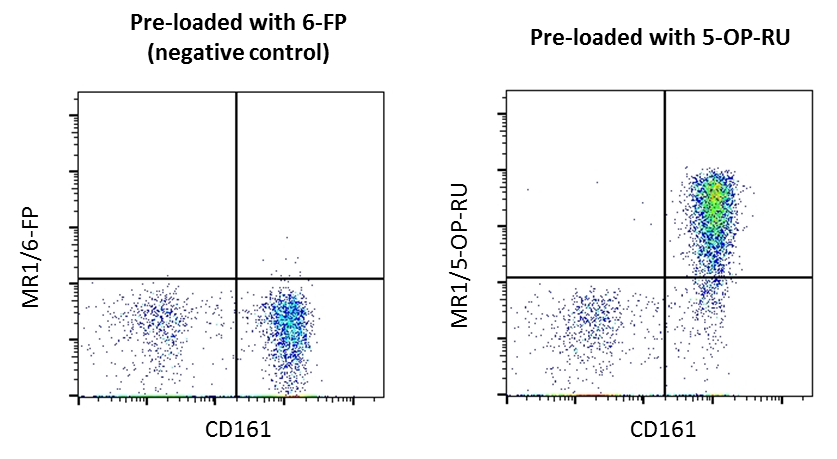